Lamont-Doherty Earth Observatory is Columbia University’s principal center for research and education in Earth science and is the largest research unit in the university’s Earth Institute. The 189-acre campus, which overlooks the Hudson River, is the scientific home of more than 350 full-time employees including 169 Ph.D.-level researchers.

Lamont is a unique research enterprise, bringing together courageous, entrepreneurial thinkers dedicated to bold exploration and discoveries that illuminate our understanding of Earth’s processes and the myriad ways our planet is changing as our climate warms.

Read on for research highlights of the twelve-month period marking fiscal year 2020. Our brief descriptions include links to in-depth stories about the findings.

During this fiscal year, our research has advanced our understanding of these consequential dynamics.

Taken together, from studies of diminishing polar ice to models that illuminate the risks that loom in the future, Lamont’s body of work continues to build upon the Observatory’s legacy of bold exploration and signature ingenuity.

Sea levels are rising and this reality is among the most urgent threats associated with our changing climate. Scientists estimate that we could see three feet of sea level rise by the end of this century. Without action, this will permanently inundate the homes of two million people in the U.S. and more than 100 million people worldwide. Many serious impacts are already occurring.

In September, the Intergovernmental Panel on Climate Change (IPCC)—a research body that has included several Lamont scientists—concluded in its latest report that, “global warming has already reached 1-degree Celsius above the pre-industrial level, due to past and current greenhouse gas emissions. There is overwhelming evidence that this is resulting in profound consequences for ecosystems and people. The ocean is warmer, more acidic, and less productive. Melting glaciers and ice sheets are causing sea level rise, and coastal extreme events are becoming more severe.” 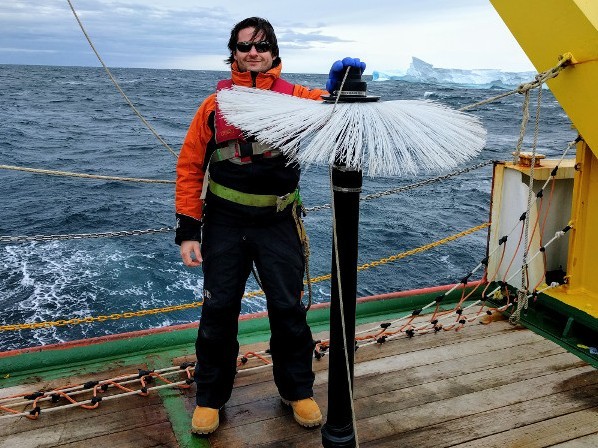 Lamont oceanographer Pierre Dutrieux, published research in August 2019, demonstrating, for the first time, that melting of the West Antarctic Ice Sheet is linked to human-caused global warming. If this trend continues, the melting could cause tens of centimeters of sea-level rise by the year 2100. 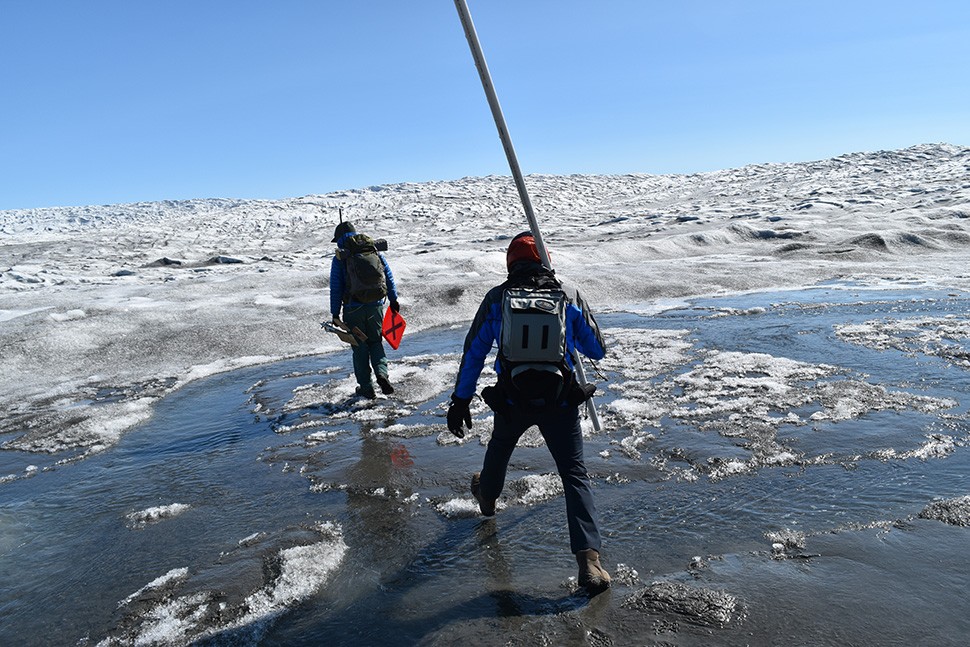 2019 was one of the worst years on record for the Greenland ice sheet, which shrunk by hundreds of billions of tons. A study led by Lamont polar scientist Marco Tedesco published in April found that mind-boggling ice loss wasn’t caused by warm temperatures alone; the new study identifies exceptional atmospheric circulation patterns that contributed in a major way to the ice sheet’s rapid loss of mass. 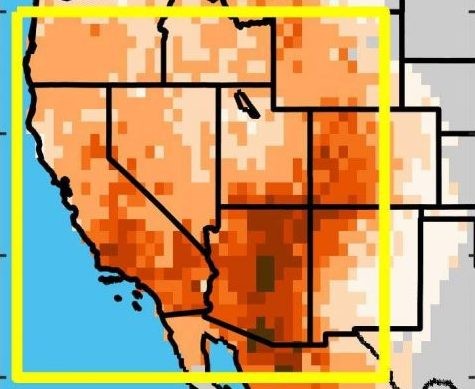 This year Lamont bioclimatologist Park Williams, Ed Cook, Jason Smerdon, Ben Cook, Kasey Bolles, Seung Baek, and colleagues derived deeper understanding of the severity of drought and its relationship to wildfires in southwestern North America. The research demonstrated that the period 2000-2018 was the second driest 19-year period for that region in the past 1200 years. (The driest was a megadrought in the late 1500s.) 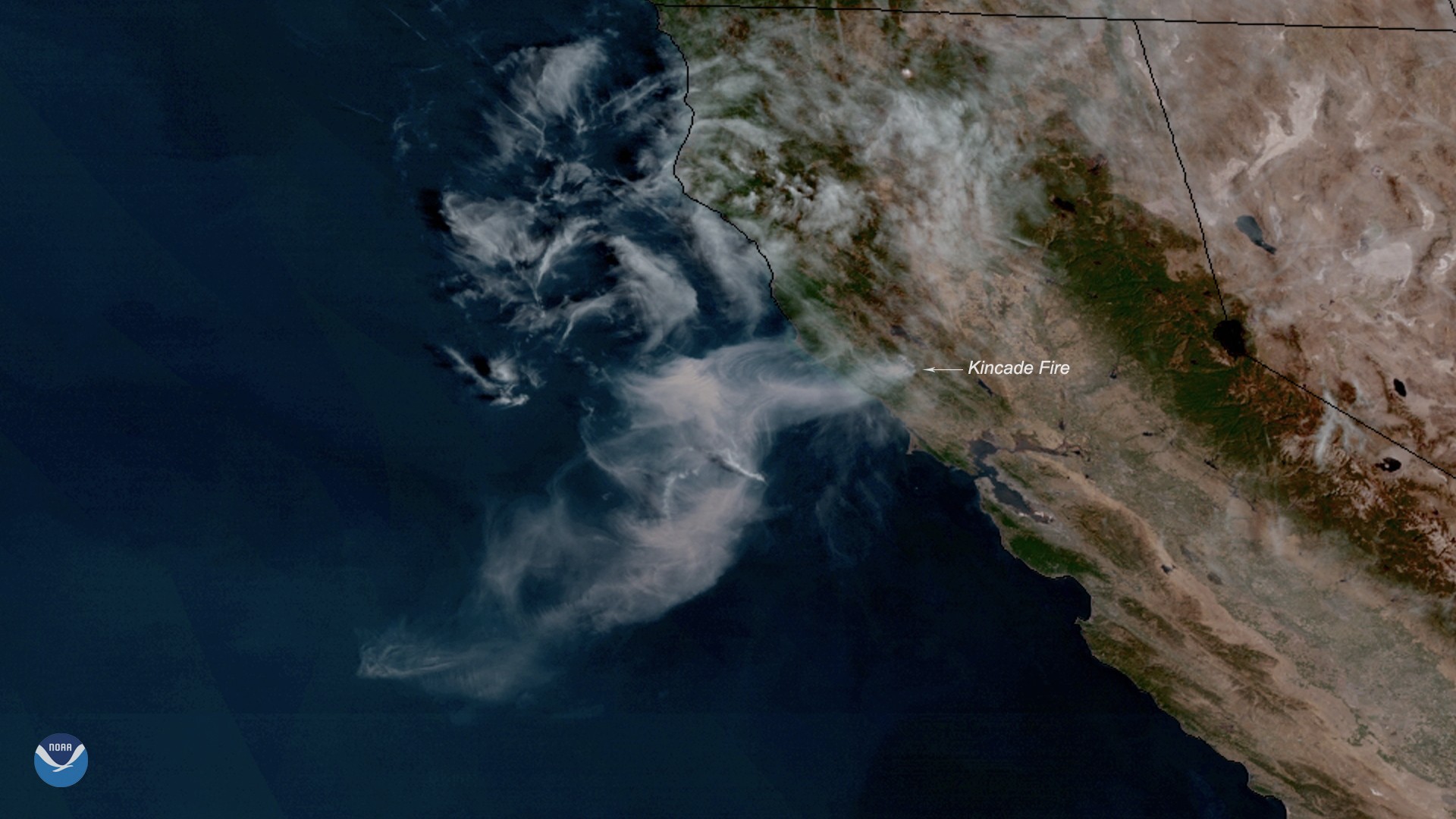 In September, Williams published another landmark study of the link between global warming and rampant forest fires. 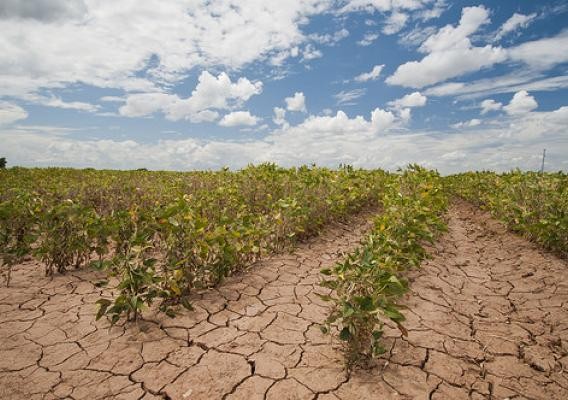 Global warming is also linked to conditions that imperil the future production of the U.S. corn belt. Lamont atmospheric scientist Mingfang Ting’s research reveals that climate change has triggered two changes that threaten the region’s crop production; warming temperatures are both increasing the evaporation of soil moisture and causing summer storms to carry even more moisture away from the Midwest. The region has dominated corn production in the U.S. since the 1850s, accounting for more than a third of the global supply of corn. It is also the world’s largest source of soybeans. 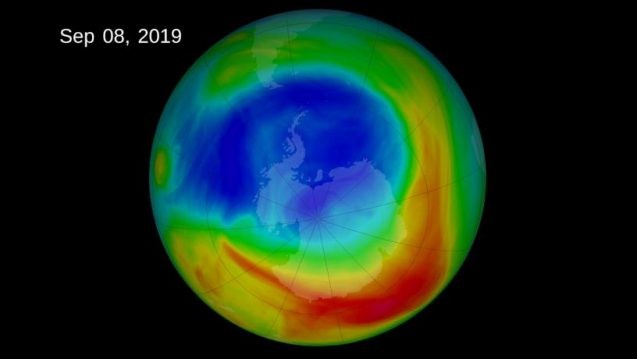 In January, Lamont climate scientists Lorenzo Polvani, Mike Previdi, Karen Smith, and collaborators published a study on the contribution of ozone-depleting substances in the atmosphere to Arctic warming over the second half of the twentieth century. From ensembles of models of Earth’s climate over the period 1955–2005, Lorenzo and his colleagues showed that when ozone-depleting substances are held fixed, surface warming and sea-ice loss in the Arctic are only half as great as when such substances increase rapidly in a manner consistent with observations. 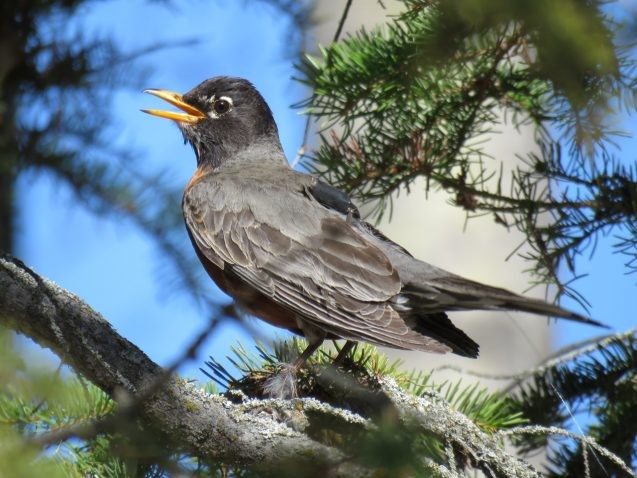 Yes, that’s a little backpack on this robin’s back. In April, Lamont ecosystem ecologist Natalie Boelman co-authored a study demonstrating that climate change is disrupting the American robin’s seasonal rhythms, and that springtime is arriving earlier in many parts of the Arctic. Together with lead author Lamont doctoral student Ruth Oliver, the scientists found that robin migration is beginning earlier by about five days each decade. To track the pattern, Boelman and Oliver attached tiny data-collecting GPS backpacks onto 55 birds. 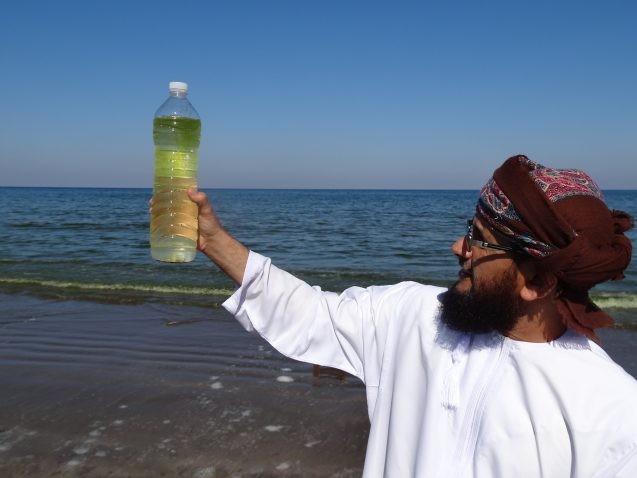 “This is probably one of the most dramatic changes that we have seen that’s related to climate change,” said Goes who, along with Lamont researcher Helga do Rosário Gomes, has been studying the rapid rise of this organism for more than 18 years. “We are seeing Noctiluca in Southeast Asia, off the coasts of Thailand and Vietnam, and as far south as Seychelles, and everywhere it blooms it is becoming a problem.” 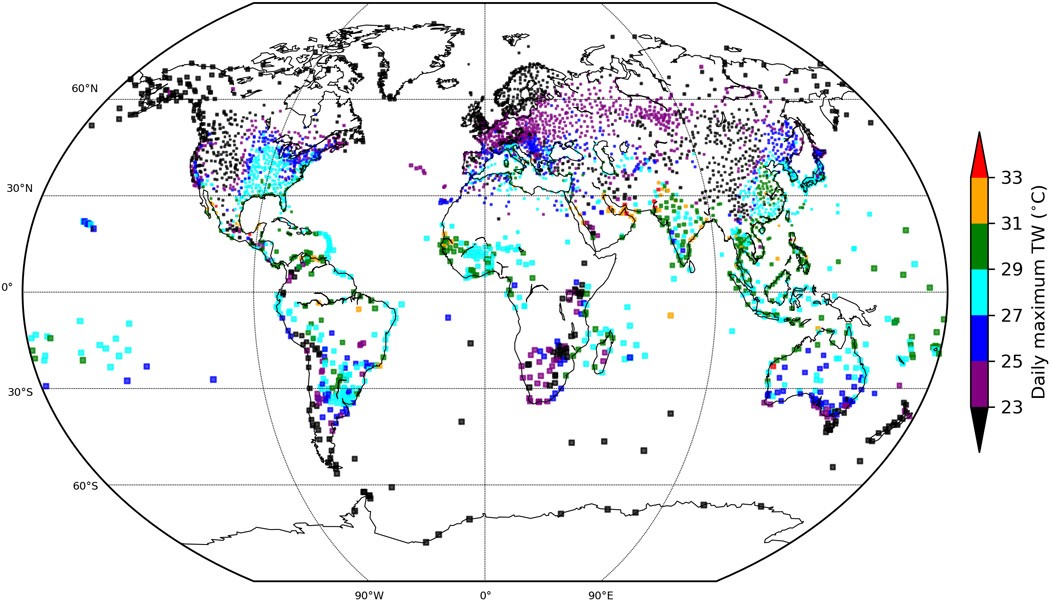 In May 2020, Lamont-led research produced evidence that Earth will experience combinations of heat and humidity so severe as to ravage economies and possibly surpass the physiological limits of human survival. The research by Colin Raymond, a graduate student at Lamont, and Lamont climate scientist Radley Horton builds upon an earlier study that had predicted such conditions to escalate in the latter part of the century. This latest study shows that such conditions are already appearing in some coastal subtropical locations, that the incidence of such events has doubled since 1979, and that global maximum sea-surface temperatures have recently exceeded this threshold as well. 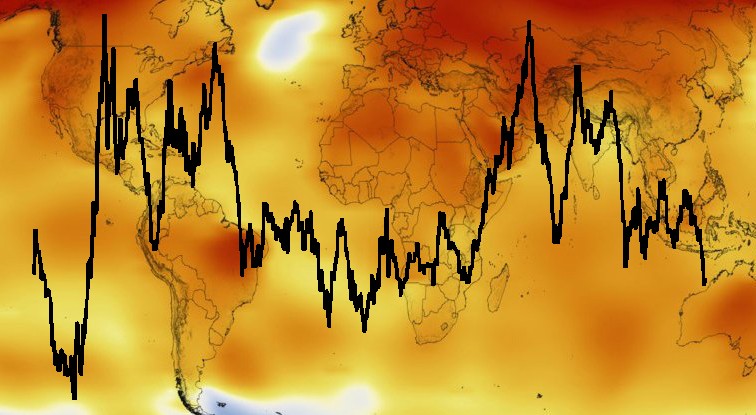 The financial sector is also responding to the realities of our changing planet by proactively studying Lamont’s research and knowledge base to understand where climate change must be factored into investment strategies. Lamont has been on the forefront, collaborating with leading global investment management firm AllianceBernstein L.P. (AB) to create a first-of-its-kind curriculum focused on climate risk and investment performance. 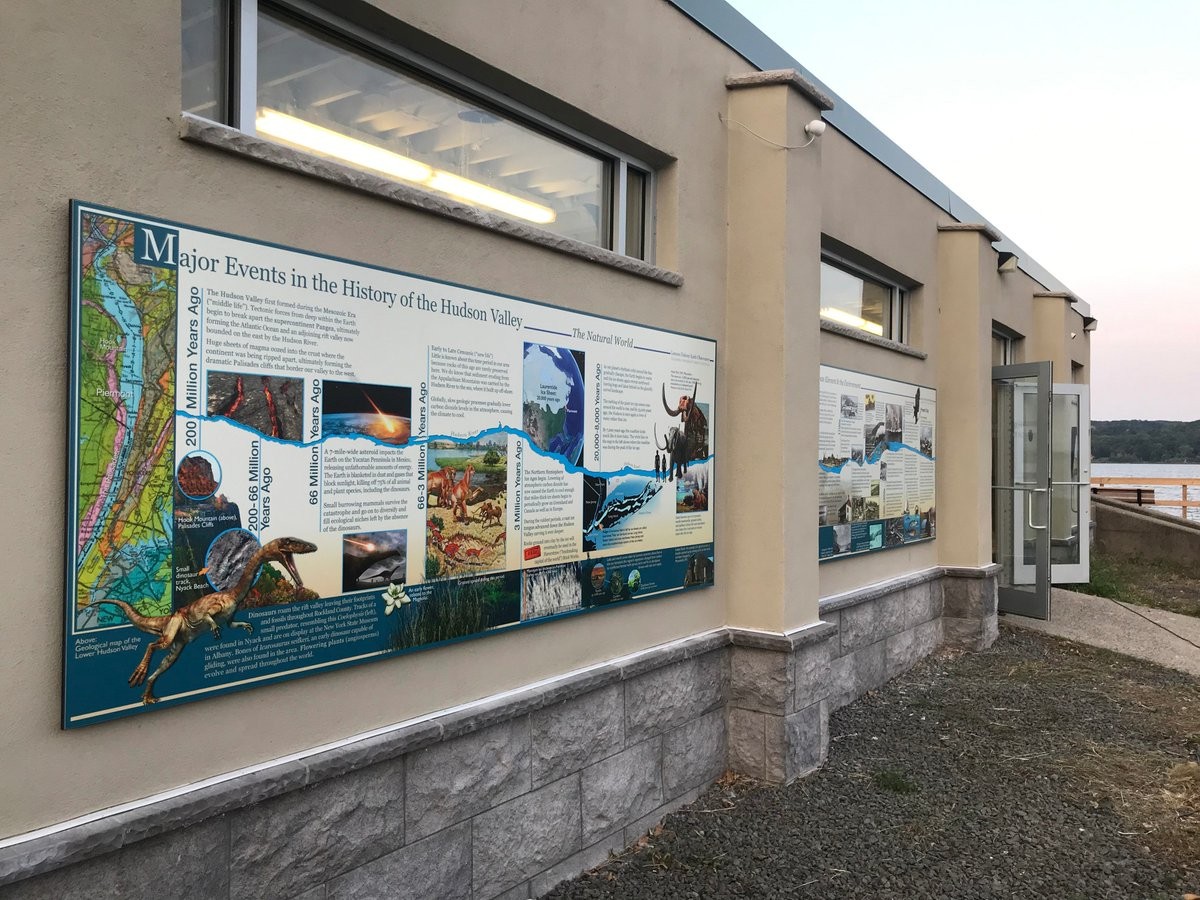 In December, our longtime friend and colleague, pioneering oceanographer Taro Takahashi passed away. Taro, brilliant, hardworking, and kind, added so much to the life of our campus. He is known around the world for his breakthrough discoveries about carbon dioxide and its impact on Earth’s climate. Read more about Taro’s astonishing life and career.

Our Year at Sea

Lamont has a proud history of operating global-class research vessels, including R/V Marcus G. Langseth, a unique national facility for imaging the ocean basins and Earth’s crust below.

Langseth is a member of the University-National Oceanographic Laboratory System (UNOLS), an organization serving 59 academic institutions and National Laboratories in oceanographic research, which coordinates research ships’ schedules and research.

Among this year’s missions was a July through August 2019 expedition off the Pacific Northwest to track Axial Seamount, the most active submarine volcano in the region.

From January to May 2020, Langseth facilitated Hydrographic Surveys in the North Pacific and South Pacific from Hawaii to American Samoa.